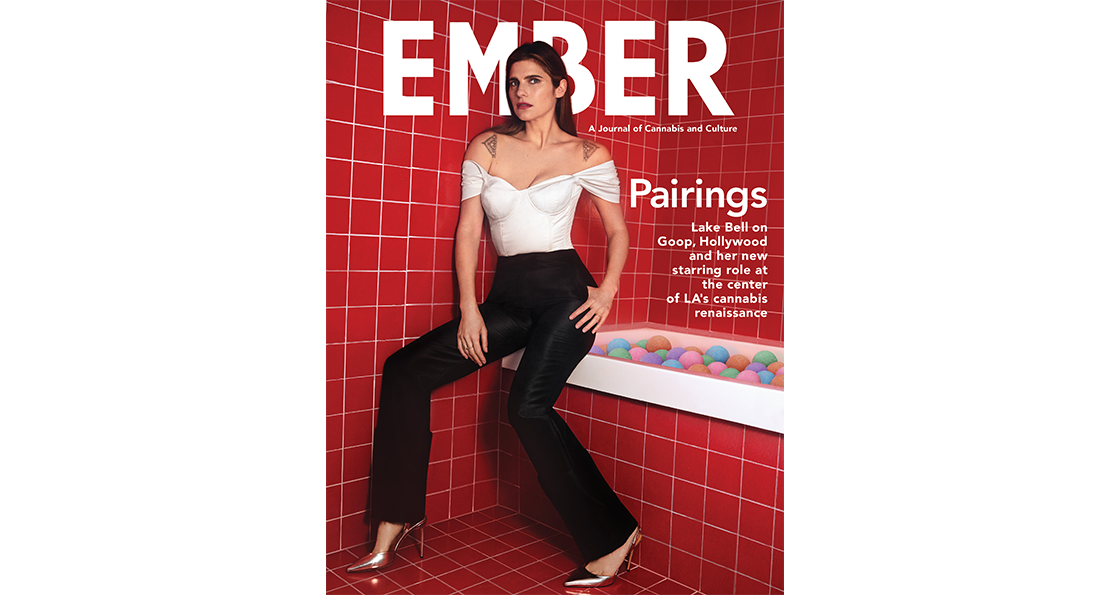 LOS ANGELES (August 6, 2018) – With actress Lake Bell gracing the cover and cannabis-infused cooking recipes inside, the second issue of cannabis and culture journal EMBER will be at select MedMen stores starting today.

Published by MedMen Enterprises Inc.(“MedMen” or the “Company”) (CSE: MMEN) (OTCQB: MMNFF), EMBER turns the spotlight on the ubiquity of marijuana in our culture by focusing on some of its disruptors and innovators, beginning with the publication’s first celebrity cover. Bell is an actress, author, director and trailblazer. She opens up about the accessibility of cannabis and why, as a mom, it’s her preferred method of relaxation.

The new issue of EMBER explores how cannabis can be paired with food, lifestyle, health and wellness. A partnership with the team behind PAPER Magazine, EMBER is available at MedMen stores in California and New York, free with purchase, and at Barnes & Noble bookstores nationwide.

Additional highlights of the issue include:

The “Cannabis” ad campaign features a variety of models in front of easily recognizable landmarks around Southern California. The campaign will canvas 36 billboards strategically placed near the eight MedMen retail locations in greater Los Angeles, Orange County and San Diego.

The campaign’s omission of the subject’s face represents a placeholder for the consumer. The word “Cannabis” emblazoned in the center becomes the focal point, changing connotations and presenting a new public image for cannabis.

“MedMen is helping shape a new perspective around cannabis use and cannabis users,” said MedMen’s Chief Marketing Officer David Dancer. “This is what ‘Mainstreaming Marijuana’ looks like. We are broadening the conversation, and making its use relatable to a larger audience.”

MedMen Enterprises is a leading cannabis company in the U.S. with assets and operations nationwide. Based in Los Angeles, MedMen brings expertise and capital to the cannabis industry and is one of the nation’s largest financial supporters of progressive marijuana laws. Visit http://www.medmen.com/