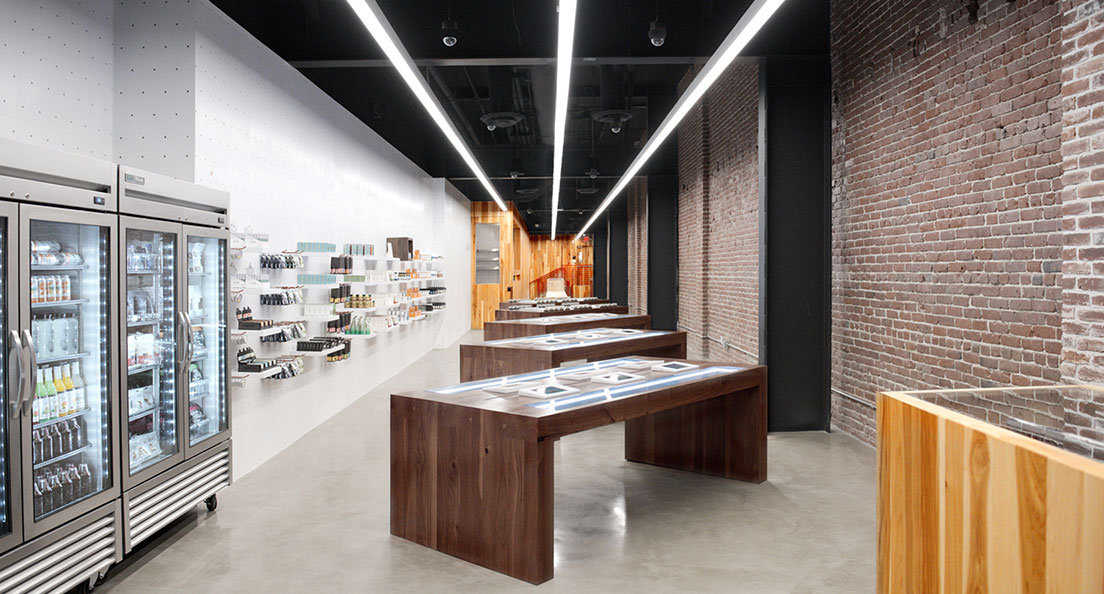 Los Angeles (March 19, 2018) - With Canada on track to legalize adult use of cannabis, two of the world's largest cannabis companies announced a first-of-its-kind, cross-border joint venture today that could bring America's most recognized cannabis brand to Canadian consumers by year's end.

"MedMen Canada will give us entry into an important emerging market for adult use and broaden our exposure worldwide," said MedMen CEO and Co-founder Adam Bierman. "We always take a very disciplined and focused approach to our growth, and it was important that we find the right partner for our expansion into Canada. Cronos has been a leader in the Canadian medical cannabis space, and their international track record makes them the perfect partner. They have the right infrastructure and expertise to successfully execute this venture."

Canada legalized medical cannabis in 2013 and is home to some of the largest cannabis companies in the world. The federal government has announced plans to legalize adult use later this year, which would make Canada the first G7 country to federally legalize adult use.

"Cronos is focused on changing the perception of cannabis on an international scale, and we prioritize working with best-in-class partners who share our vision for the future. MedMen stores have been integral to mainstreaming cannabis, and they have become one of the most well-known and respected cannabis platforms in the U.S. We're very excited to bring the MedMen experience to Canada," said Cronos CEO Mike Gorenstein.

The joint venture will be a 50/50 partnership between the two companies. MedMen Canada will be focused on a branded national retail chain, branded products, and research and development activities. MedMen Canada will have access to Cronos' 350,000 plus square feet of production facilities and future expansions while leveraging MedMen's retail brand recognition. MedMen Canada will only operate in federally legal jurisdictions and in compliance with all applicable regulations.

MedMen Enterprises is the United States' preeminent cannabis company with multiple assets and operations in California, Nevada and New York. Combined, these key strategic states account for nearly half of North America's addressable legal market. MedMen owns and operates licensed cannabis facilities in cultivation, manufacturing and retail, and is one of the most recognized cannabis brands in the world today. Based in Los Angeles, MedMen employs nearly 700 workers in 18 facilities across the U.S. For more information, visithttp://www.medmen.com

Cronos Group is a globally diversified and vertically integrated cannabis company with a presence across four continents. The Company operates two wholly-owned Canadian Licensed Producers regulated under Health Canada's Access to Cannabis for Medical Purposes Regulations: Peace Naturals Project Inc. (Ontario), which was the first nonincumbent medical cannabis license granted by Health Canada, and Original BC Ltd. (British Columbia), which is based in the Okanagan Valley. The Company has multiple international production and distribution platforms including Germany, Israel and Australia. The Company is rapidly expanding its global footprint as it focuses on building an international iconic brand portfolio and developing disruptive intellectual property. Cronos Group is committed to building industry leading companies that transform the perception of cannabis and responsibly elevate the consumer experience. For more information, visitwww.thecronosgroup.com