Here's What Cannabinoids Do To Your Brain

BY MARIE LODI
Cannabis can have so many effects on the human body, from being psychoactive to helping  us relax, to its many various wellness benefits. But how exactly does it work? We know that it has to do with our endocannabinoid system, aka the ECS. As you probably guessed by its telling moniker, the endocannabinoid system is named for the cannabis plant. The ECS primarily functions to maintain homeostasis and balance—think of it as the Libra scales of the human body. It communicates with the brain and body, monitoring functions such as the reproductive system, appetite, sleep, mood, motor control, pain, and pleasure, among others. This obviously important physiological system encompasses a network of endocannabinoid molecules, receptors, and enzymes.

Right now, we know that there are two cannabinoids produced by the human body. There’s anandamide, which is named after the Sanskrit word for bliss, and 2-arachidonoylglycerol, or 2-AG. Anandamide is the molecule that most closely resembles THC. Then, there are the two main cannabinoid receptors that the marijuana compounds find and lock into, creating the psychoactive effects and/or therapeutic benefits our bodies need. These are CB1 (which is in the brain, nerves, heart, gut, and kidneys) and CB2 (found in immune tissues like blood and bone marrow). “The role of these receptors is to down-regulate incoming signals once the message has been received. They’re kind of like ‘I got it, you don’t have to tell me again’ systems,” according to Dr. Jordan Tishler, MD, CEO/CMO of InhaleMD, a Boston-based practice that focuses on using cannabis to treat patients, and president of the Association of Cannabis Specialists. “This prevents runaway signaling and maintains the efficient operation of the organism, called homeostasis.” 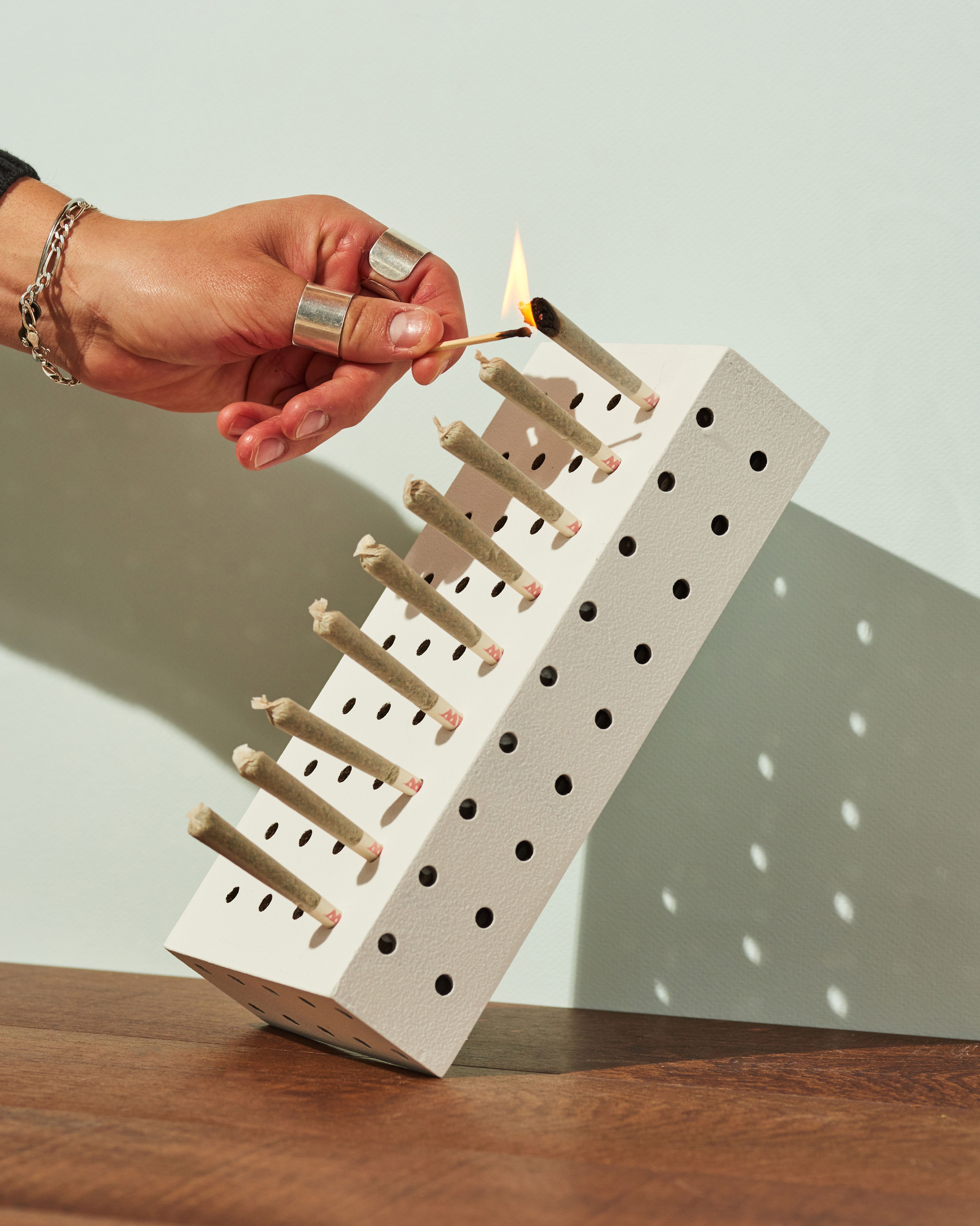 Why do some users feel more anxious with THC usage while others feel more euphoric? Dr. Tishler says this is more about the dose and recommends low, therapeutic amounts, which is another reason why cannabis users, especially new ones, should start off with microdosing. Cannabis is biphasic, so higher doses can produce a more potent psychoactive effect, which may result in anxiousness. On the other hand, low doses can result in a better mood, a decrease in anxiety, and pain relief. Dose effects can also affect people differently, depending on a number of factors including the person’s own ECS. Experimentation is key, since your personal ideal dosage, aka that sweet spot that delivers the specific, desired benefits and effects of cannabis, can differ markedly from someone else’s optimal dosage.

Dr. Tishler points out that there is currently limited data on low-to-moderate THC dose use having any negative effect on one’s mental skills and abilities. “There is some data to suggest that there might be some minor decrease in language skills after decades of use, but no such decrement to executive function of math or spatial skills,” Tishler says. “It’s really not clear whether the decrease seen has any clinical, real-world meaning. There is growing data to suggest that high dose cannabis use, like via dabs, is risky and can generate concerning degeneration of brain tissue. However, those are not seen in medical doses.” So, there’s definitely more research needed to truly understand what cannabis does to the brain, but stay tuned for further scientific insights to surface soon.

Back to Health List
Health
The Truth About Cannabis and Cancer

Health
Your Coffee Break Just Got a CBD Upgrade

Health
How CBD Can Help With Breakouts

Health
Can Cannabis Help with Migraines?