MedMen’s cannabis curator, Josh Shlenker, surveyed the strains of the season and picked his favorite five, then a team of EMBER cannabis experts reviewed each for fragrance, quality, and effects. Enjoy!

Ratings are based on critics’ combined reviews of each strain for aroma, potency, and effects. 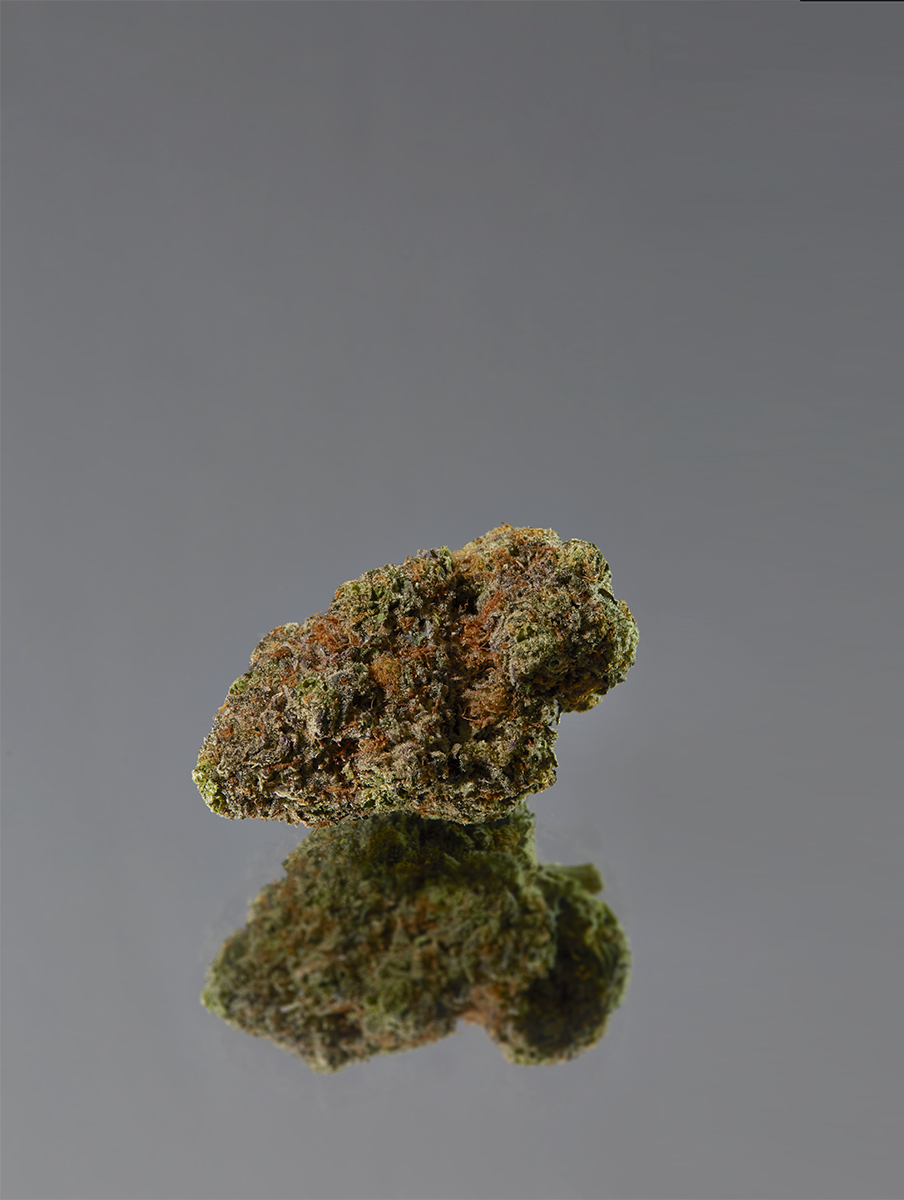 This dark green indica strain smells of dirt and earth—in a healthy way, of course. One reviewer detected a pine scent. It provides a happy, thick feeling, as though you’re wading through your own brain. Or like you’re casually floating in a pool of whipped cream. One reviewer described it as “stress melting.” Recommended: small, accomplishable tasks that end in pleasure—like making a pizza. One reviewer binge-watched an entire HBO series, without breaks, while eating peanut-butter-filled pretzels. “Oh, I did get the munchies on this,” she wrote. If enjoyed during daytime hours, Molly M might precipitate a cat nap at some point; one napper woke an hour later and happily watched two movies before going easily back to sleep. We wouldn’t recommend it for anything other than indi-couch activities. 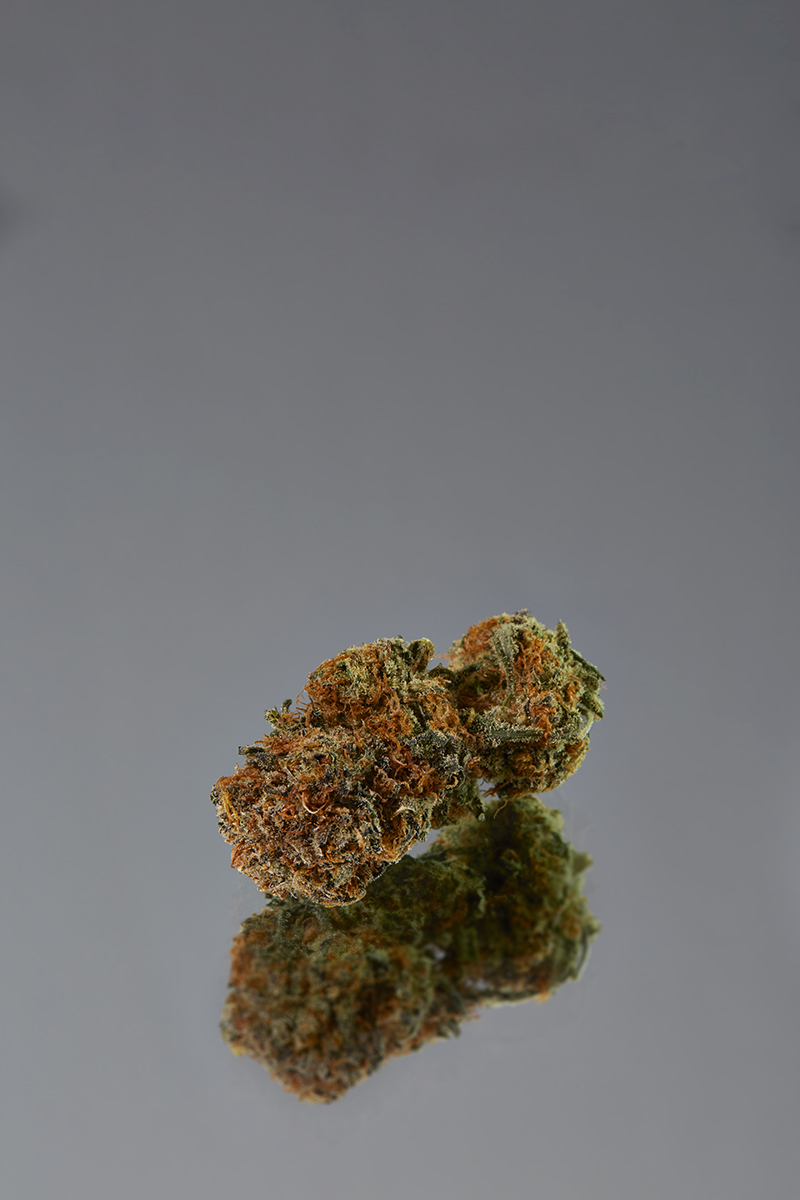 A perfect sativa-dominant strain for beginners, or those who gave up cannabis due to pot-induced paranoia—Harlequin's 5:2 ratio of CBD to THC means it relieves pain and stress yet doesn’t cloud judgment. One user felt strangely motivated to return phone calls she’d been putting off. Another described it as a “smooth peanut butter of a strain, never chunky.” Its effects trail off, leaving one user pleasantly sleepy. Its smell has been described as a mango Tootsie Roll. However, the scent is pungent, so you’ll want to open a window when smoking this one. 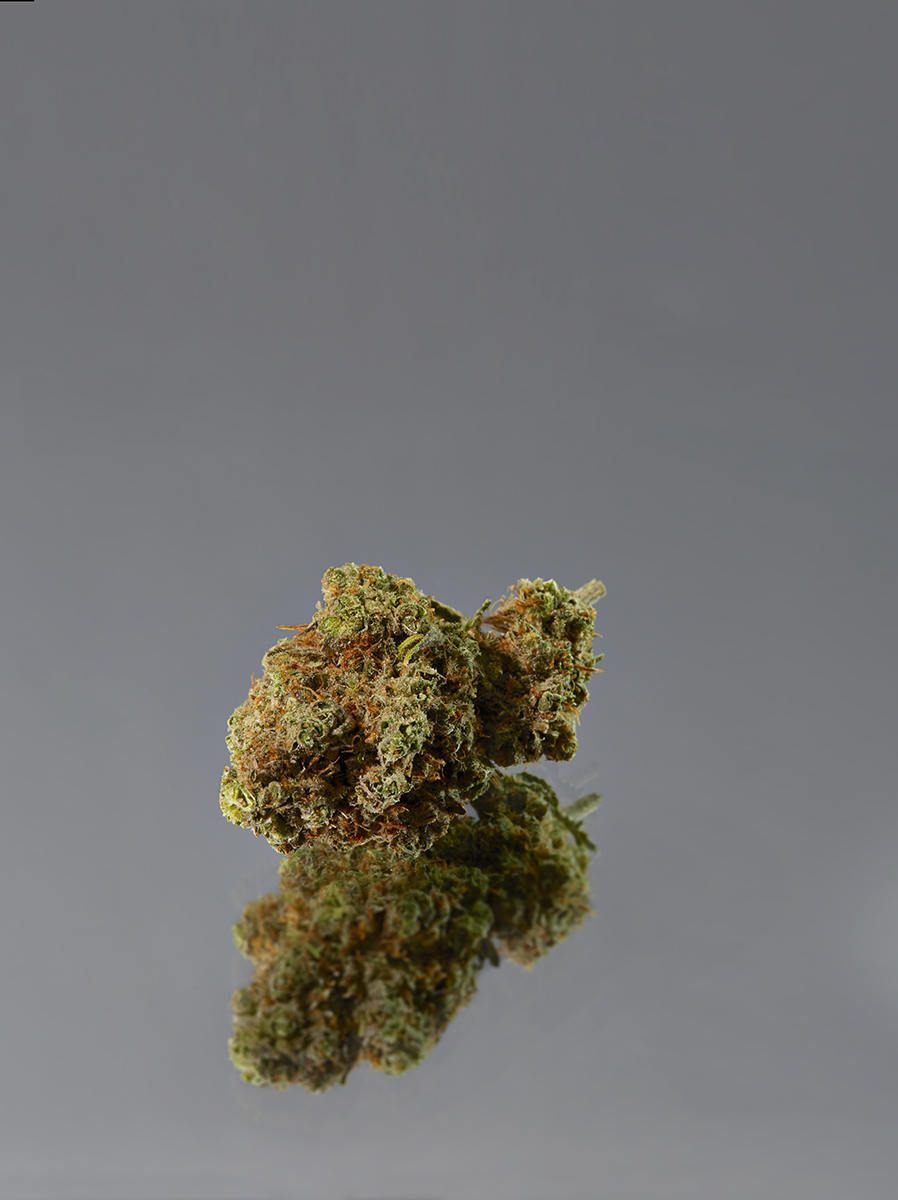 Some reviewers were lightweights with this subtly chocolate-scented sativa blend. One said, “I don’t know if it’s because I smoked this while I had the flu, but This. Will. Get. You. High.” It relieved her flu-related aches, too. Another felt “quivering with aliveness”; another had “a euphoric feeling of vastness.” “Holy shit,” wrote a fourth. So, Super Silver is strong, and a good alone-time strain. One reviewer became obsessed with the look of a sauce she was cooking—the arrangement of garlic, fennel seeds, and peppercorns seemed like an important aesthetic achievement. Super Silver took first prize in High Times’ Cannabis Cup in 1997, 1998, and 1999. It’s still a winner. 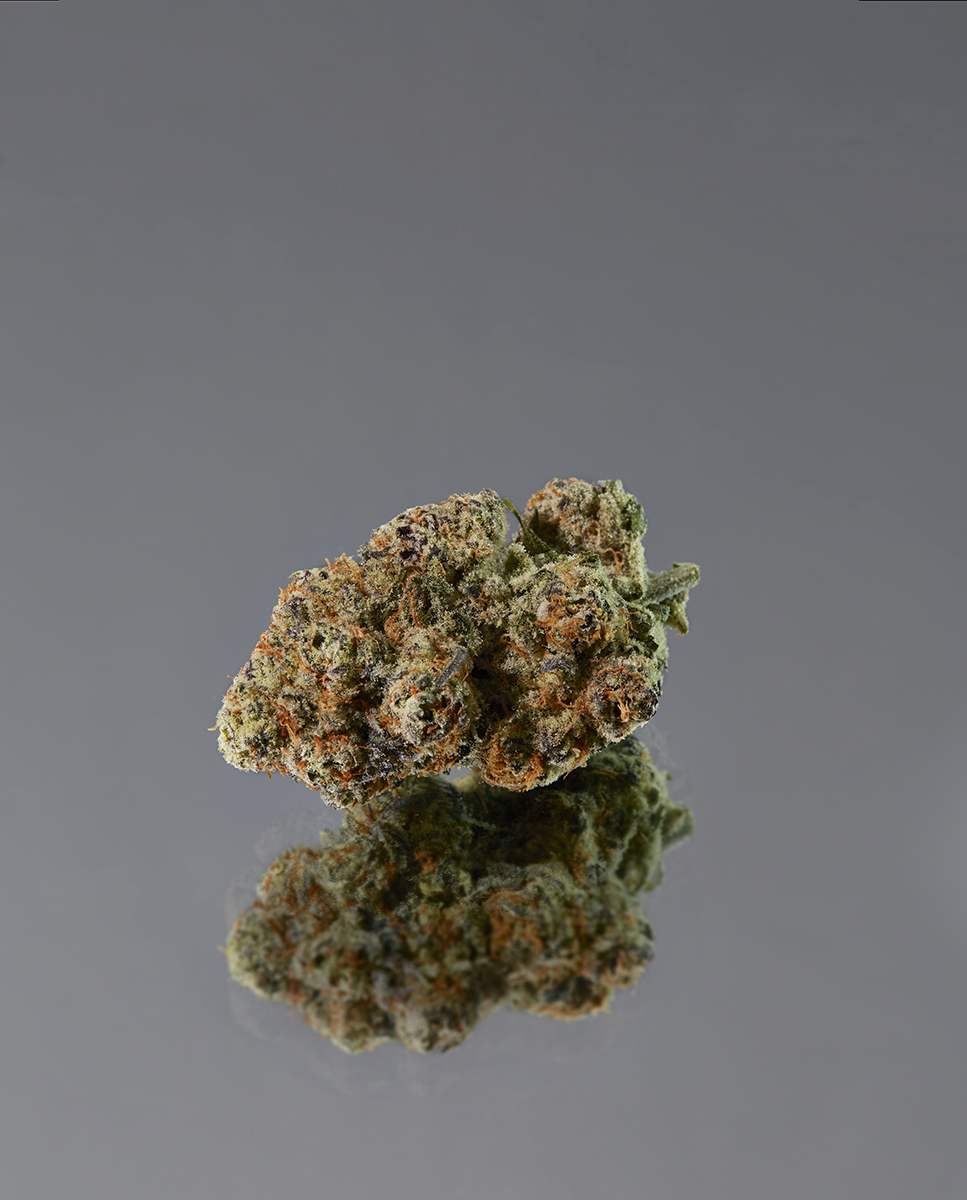 This delightful indica strain smells grape-y and delicious. Best used in the evening, it has a reputation for managing nausea, stress, and sleeplessness. It provides a homey rainy-night high. One reviewer said he “slept like an angel wrapped in the arms of an angel, dreaming of angels.” “Serene but focused,” reported another. A third said it “leaves you not so much ‘in-da-couch’ as floating a few millimeters above it,” and also noted that it pairs well with Prince albums. In a neat double trick, Purple Punch seems to slow down time while simultaneously offering a nice mood lift. 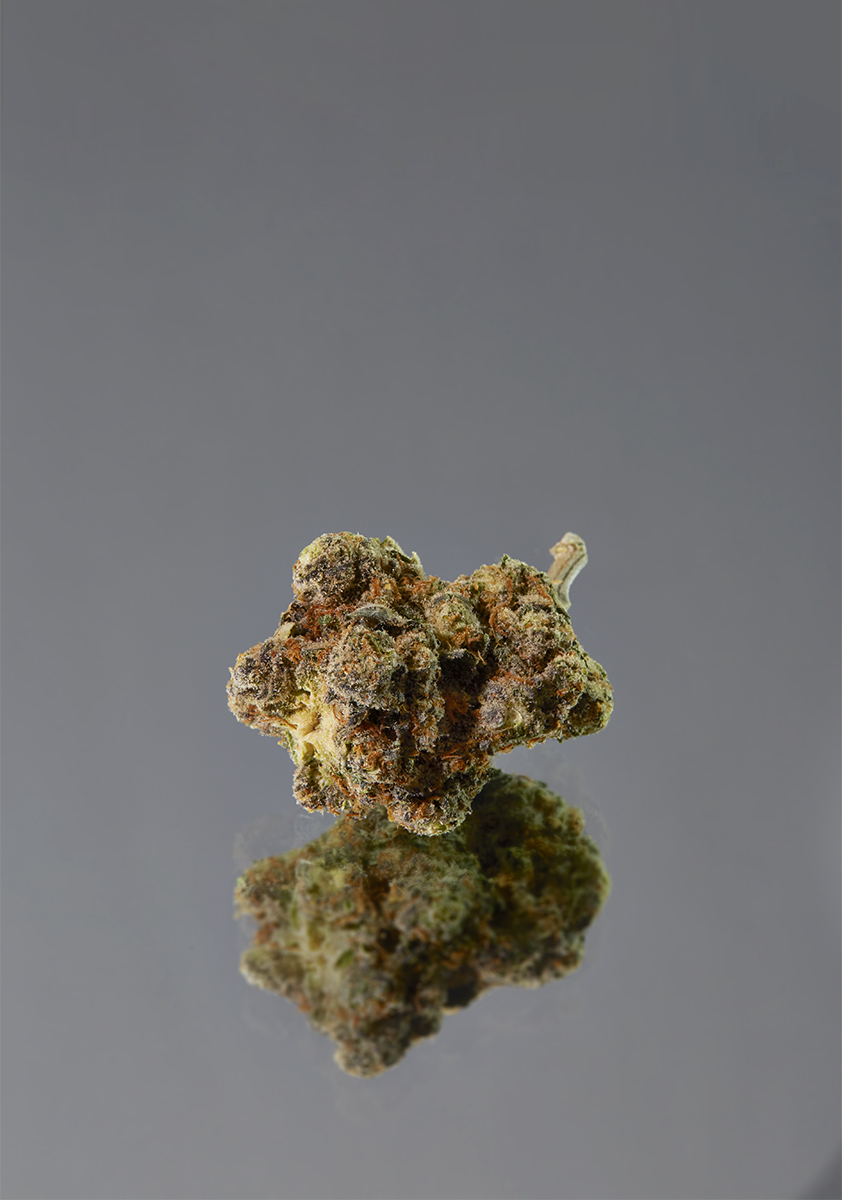 Visually arresting, the dank and pleasantly stinky Orangeade nug is streaked with purple, but when it’s ground up, it has a pale, almost white appearance. A couple of users described this sativa-dominant strain as emitting a woodsy or sweet fragrance. One reviewer dubbed it a perfect Saturday night strain, explaining, “I met up with a friend and, based on our uncontrollable laughter, I am a comedic genius. Most enjoyable.” Smoking this lands most people somewhere between uplifted and euphoric. Orangeade pairs well with smooth, physical activity, like yoga. It offers a nicely modulated if introverted experience, but still leaves you feeling connected and mostly alert, perhaps more mood-revealing than mood-altering. Be warned that for one reviewer Orangeade brought on a serious, bottomless case of the munchies, although it was the simple kind that can be easily sated with a whole bag of tortilla chips and most of a jar of salsa. Four reviewers found this strain relaxing; it made one user jittery. Another experienced an initial half-hour wave of immobility before moving on to a productive and pleasant evening of cooking and listening to music.

Read more in our newest issue of EMBER magazine. Available at all MedMen locations and Barnes and Noble.