Sublingual Cannabis 101: Everything You Need to Know About Sublingual THC & CBD

The legal cannabis industry is enjoying its biggest year yet in 2021, with medical marijuana representing a $7.2 billion slice of this $24.6 billion global market. However, unlike recreational smokers, many of today’s medical THC patients prefer safer, more discreet methods of administration, such as edibles, oils—and, increasingly, dosage forms absorbed under the tongue.

These new sublingual products take a wide variety of forms, from tablets and lozenges, to tinctures and sprays, to flat, wafer-thin tabs that rapidly dissolve like Listerine breath strips. “A lot of sublinguals’ popularity can be credited to their versatility,” says Matthew Elmes, Director of Scientific Affairs at CannaCraft. Users of these products report that they’re fast-acting, convenient, and mild enough to relieve anxiety and boost creativity without interrupting the workday—a bit like breath mints for the mind.

While sativa-dominant sublinguals promise to stimulate energy and creativity, indica-dominant products aim to provide calm and relieve anxiety. And in a crucial difference from other forms of cannabis, makers of sublinguals market them specifically as mild (or even imperceptible) doses, ideal for people who are sensitive or new to cannabis.

Let’s take a closer look at the most popular forms of sublingual THC on the market today, and get a quick rundown on how each one works.

What you need to know about sublingual cannabis dosing

Unlike traditional edibles, sublingual cannabis products need to be administered correctly in order to work as intended—and their effectiveness depends on how closely you follow the instructions. So before we go any further, let’s make sure we know what we’re doing.

Sublinguals are absorbed through the mucous membrane under the tongue. This highly permeable membrane delivers active ingredients directly into the bloodstream, bypassing the digestive system. Aside from cannabis, sublinguals are widely used as a needle-free route of administration for vaccines and other pharmaceuticals, making them a well-established method of delivery.

First, you’ll want to swallow all the saliva you can before putting a sublingual dose in your mouth. This is because excess saliva can wash the product down your throat. As a result, some of the cannabis will get metabolized through your digestive system instead of your mouth’s mucous membranes—resulting in a very different experience.

Second, and most importantly, you’ve got to keep these products under your tongue until they absorb completely. This sometimes takes as long as 10 minutes, which can be an awkwardly long time to hold something under your tongue (especially if you’re trying to work and/or fight off a panic attack at the same time!).

As an alternative, “You can hold [a sublingual] in the inside of their cheek and expect nearly identical effects,” Elmes explains. “Our cheeks are very vascularized and provide a direct route for the cannabinoids to enter our bloodstream. Whereas under the tongue is known as ‘sublingual' administration, absorption through the cheek is known as 'buccal' administration.”

The name of the game here, though, is to give your mouth’s membranes time to absorb the entire sublingual dose directly into your bloodstream—not through other parts of your digestive system. That means it’s also a good idea to hold off on eating or drinking for another 10 minutes, just to make extra sure you’ve absorbed the dose as intended.

Got all that? All right! With that handy knowledge in our back pocket, let’s explore the many and varied forms of sublingual cannabis. 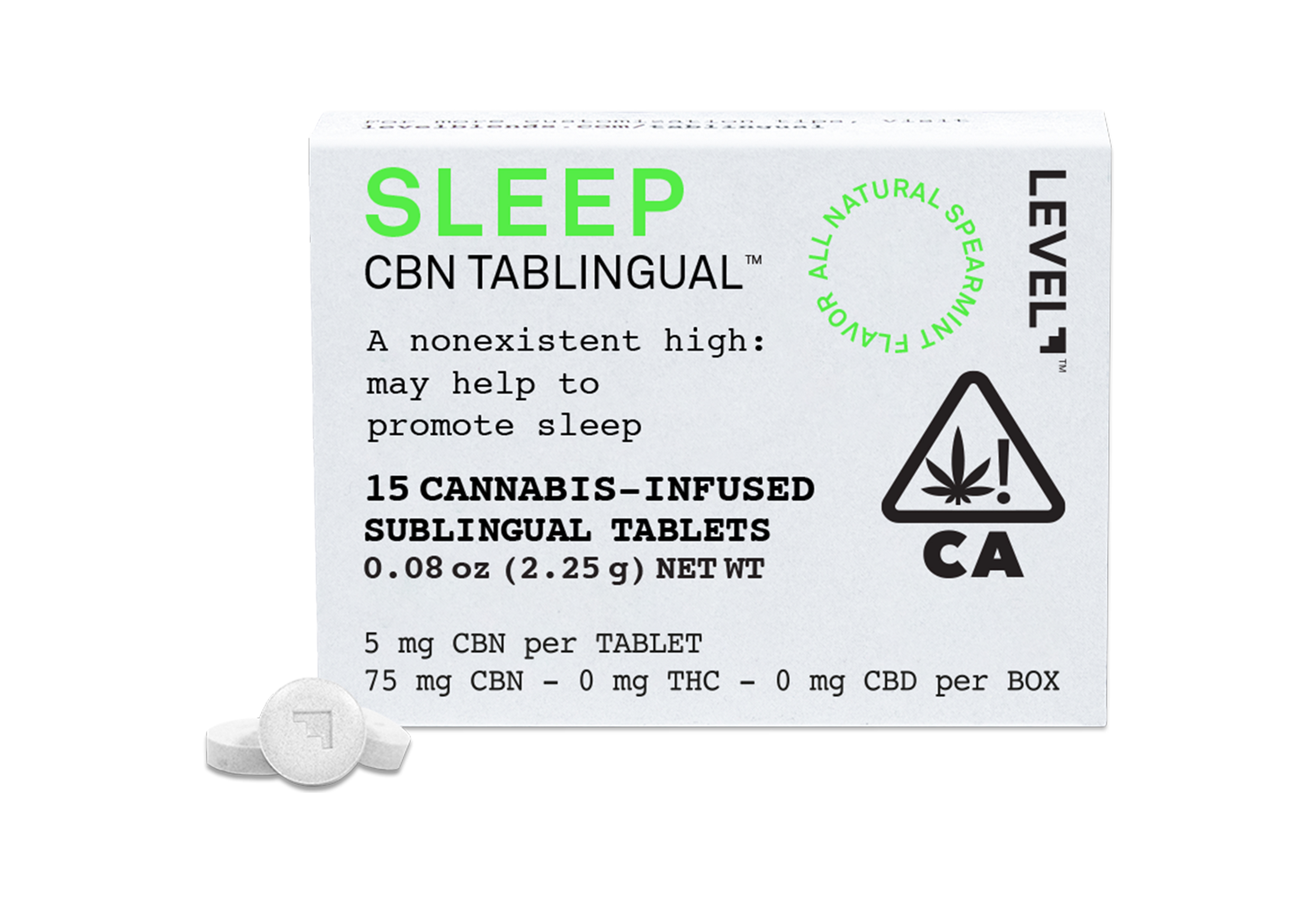 While these little tabs may look like aspirin pills, they’re designed to dissolve under the tongue. The idea behind this, as with other sublingual dosage forms, is that the THC gets absorbed into your bloodstream faster, and can take effect in as little as 15 minutes. If you swallow them, your digestive system will still metabolize the active ingredients—but your body will process them more slowly (and potentially even in different ways) than if you use these tablets as directed. Reviewers say sublingual tablets are refreshingly free of edibles’ typical cannabis undertaste, offering flavors with notes of fresh fruit, and a clean mouthfeel. 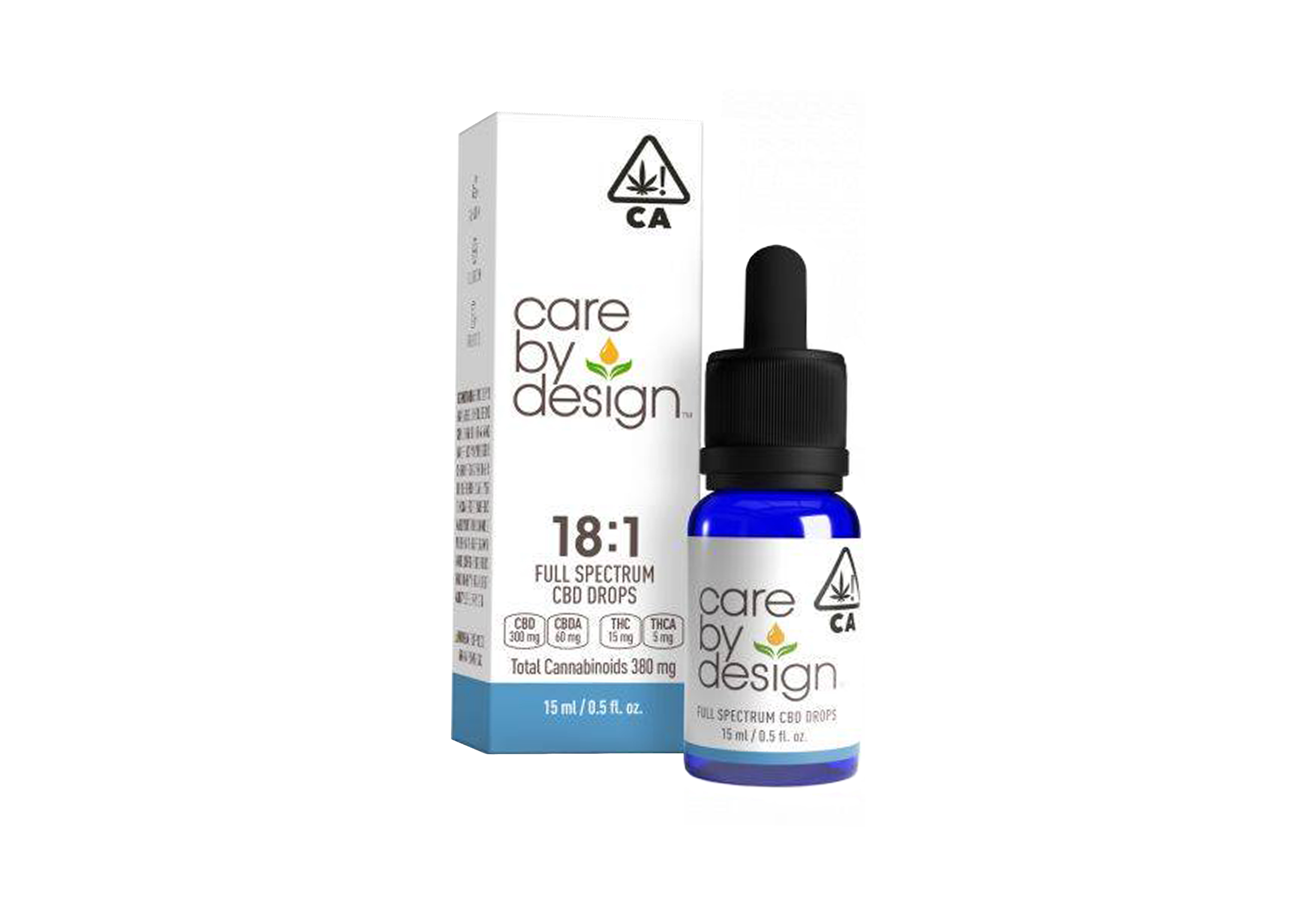 What exactly is a tincture, you ask? It’s a concentrated herbal extract—similar to the vanilla extract you’d use in cookie and cake recipes. One key difference here, of course, is that the herb in question is cannabis, and the active ingredient is THC. The most common way to take a cannabis tincture is through a dropper: put a few drops under your tongue, and your mucous membranes will quickly absorb the THC, delivering fast-acting effects.

A downside of tinctures is that they tend to slosh around under the tongue, so they tend to get absorbed in the stomach rather than directly into the bloodstream. Many reviewers also note that alcohol-based tinctures carry a distinct flavor of ethanol, and create a mild “burning” sensation—like holding a shot of liquor under the tongue. Oil-based tinctures, by contrast, tend to have a milder mouthfeel, while carrying a stronger cannabis flavor.

They can also be more potent. “A high fractionated coconut oil in cannabis formulations, which acts as a carrier oil, can help cannabis quickly penetrate the more vascular skin like that in the mouth,” Elmes says. “Terpenes are also known to be effective penetration enhancers — so we would recommend looking for products that include terpenes or other penetration enhancers in their formulations to get the best effects.” 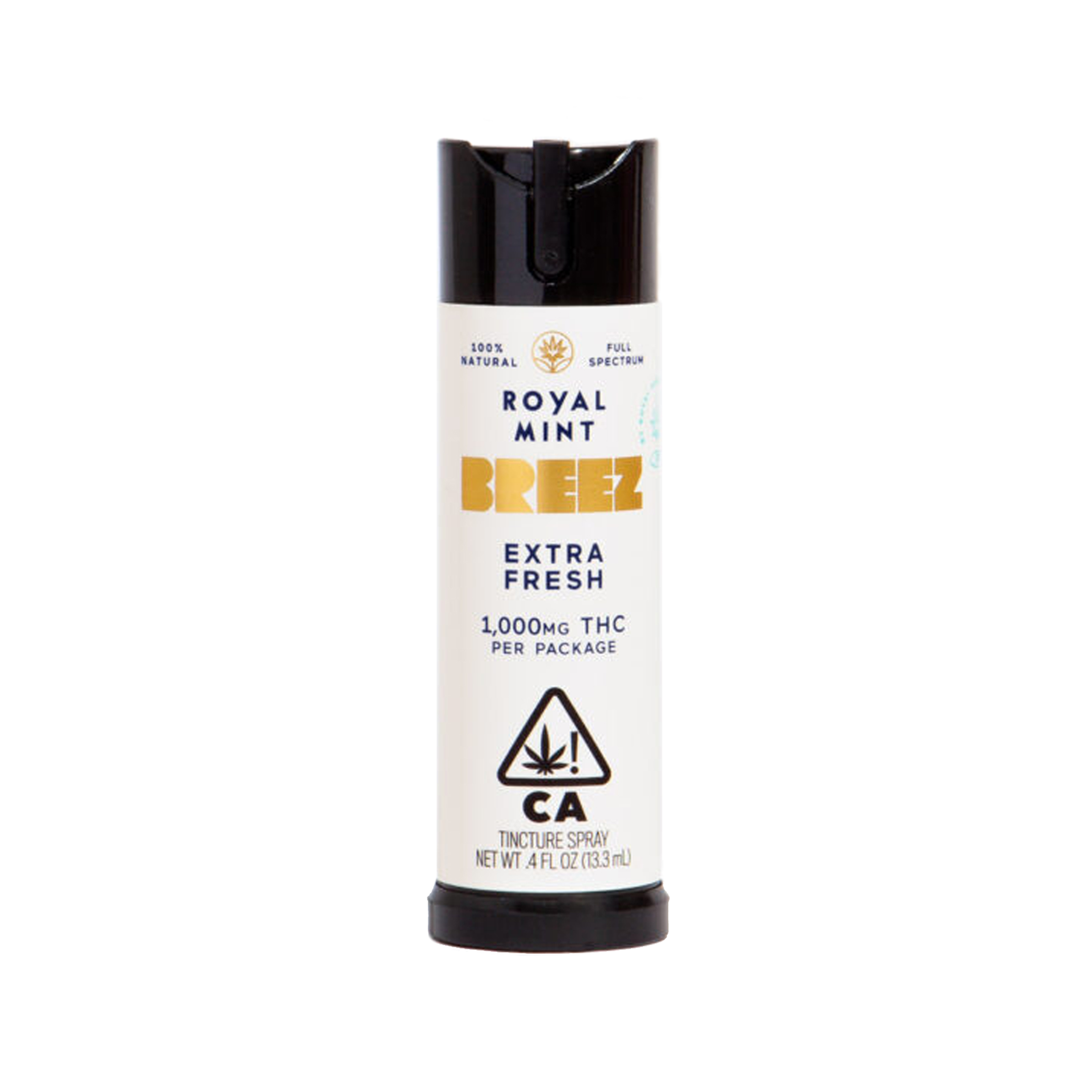 Think of these as being kind of like cannabis breath-fresheners, except instead of spraying them on the tongue, you spray them under it. Like tinctures, THC sprays tend to be alcohol-based, though some gentler varieties use oil instead. Also like tinctures, they tend to be tricky to hold under the tongue—a fact that’s led some critics to complain that it’s hard to know how accurately you’re dosing. On the other hand, reviewers rave about sprays’ light, minty flavor—free of any noticeable cannabis taste—as well as their smooth mouthfeel, which tends to be much milder than that of tinctures. 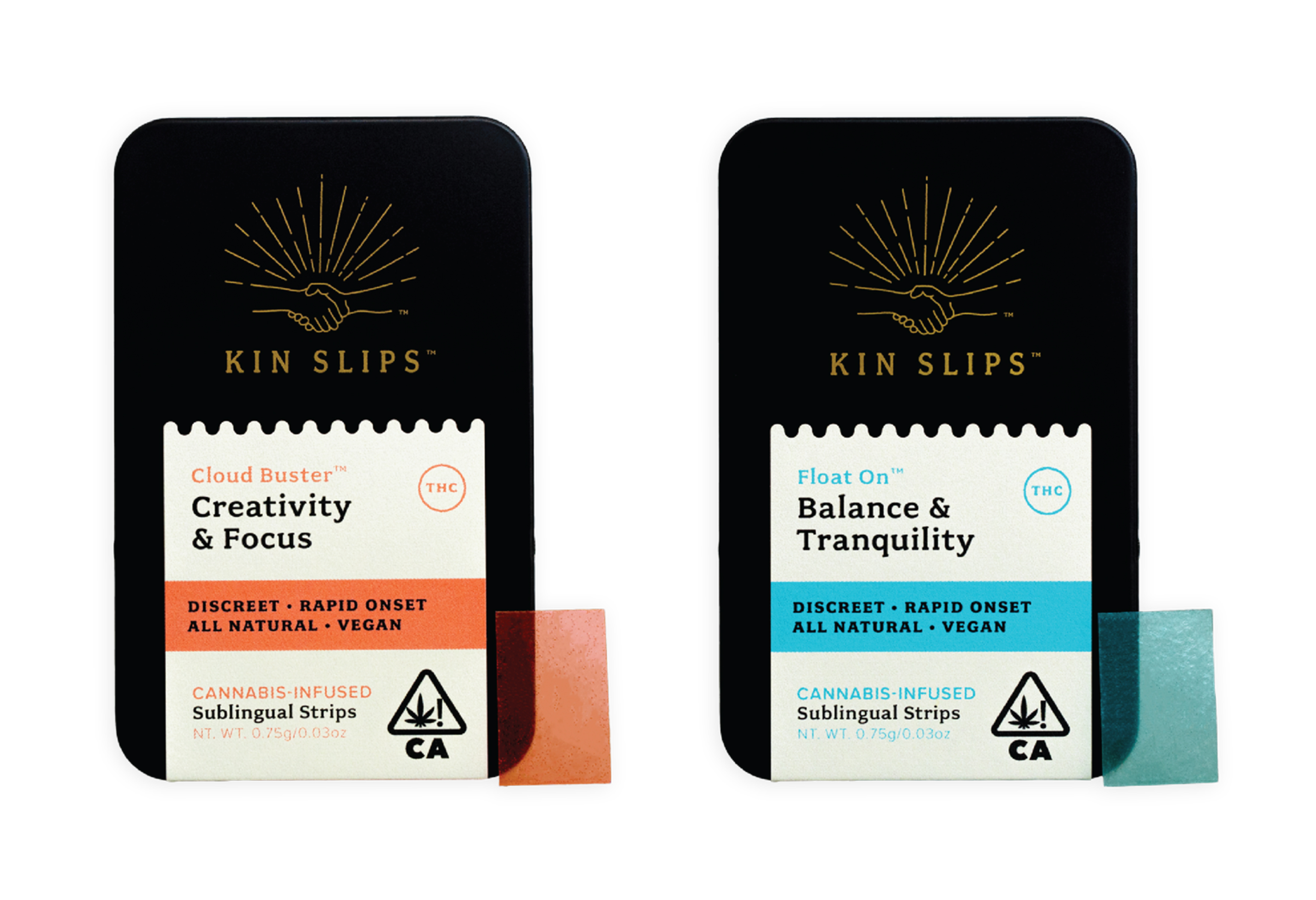 A relatively new entry to the sublingual THC market, these bits of film are about the size of a postage stamp, and are designed to dissolve quickly under the tongue. Their small size makes them a popular pick for discreet public dosing, while their fast dissolution time—as little as five seconds in some cases—also means they’re easier to use than tablets or tinctures. Reviewers describe a light, refreshing mouthfeel, and complex flavors with herbal notes. The only downside is that these strips’ small size limits the amount of THC they can carry (as higher concentrations would produce an unpleasant taste).

Which of these sublingual dosage forms is right for you?

It depends how much THC you need in a dose, how discreetly you’d like to conceal it, and how patient you’re willing to be while it absorbs.

Ben Thomas is a journalist and novelist who's lived in 40+ countries. He specializes in telling stories from the frontiers of science, history, culture and the cosmos—and the points where all these fields intersect.

These statements have not been evaluated by the Food and Drug Administration. Products are not intended to diagnose, treat, cure, or prevent any disease.
Back to List
‌
Mother's Day Gift Guide: Luxe THC & CBD Topicals for Mom

‌
Why Your CBD from CVS Sucks: The Cannabis CBD vs. Hemp CBD Debate

‌
Getting to Know Humboldt Apothecary

‌
Does CBD Beauty Actually Work? Experts Weigh In on Everything You Need to Know